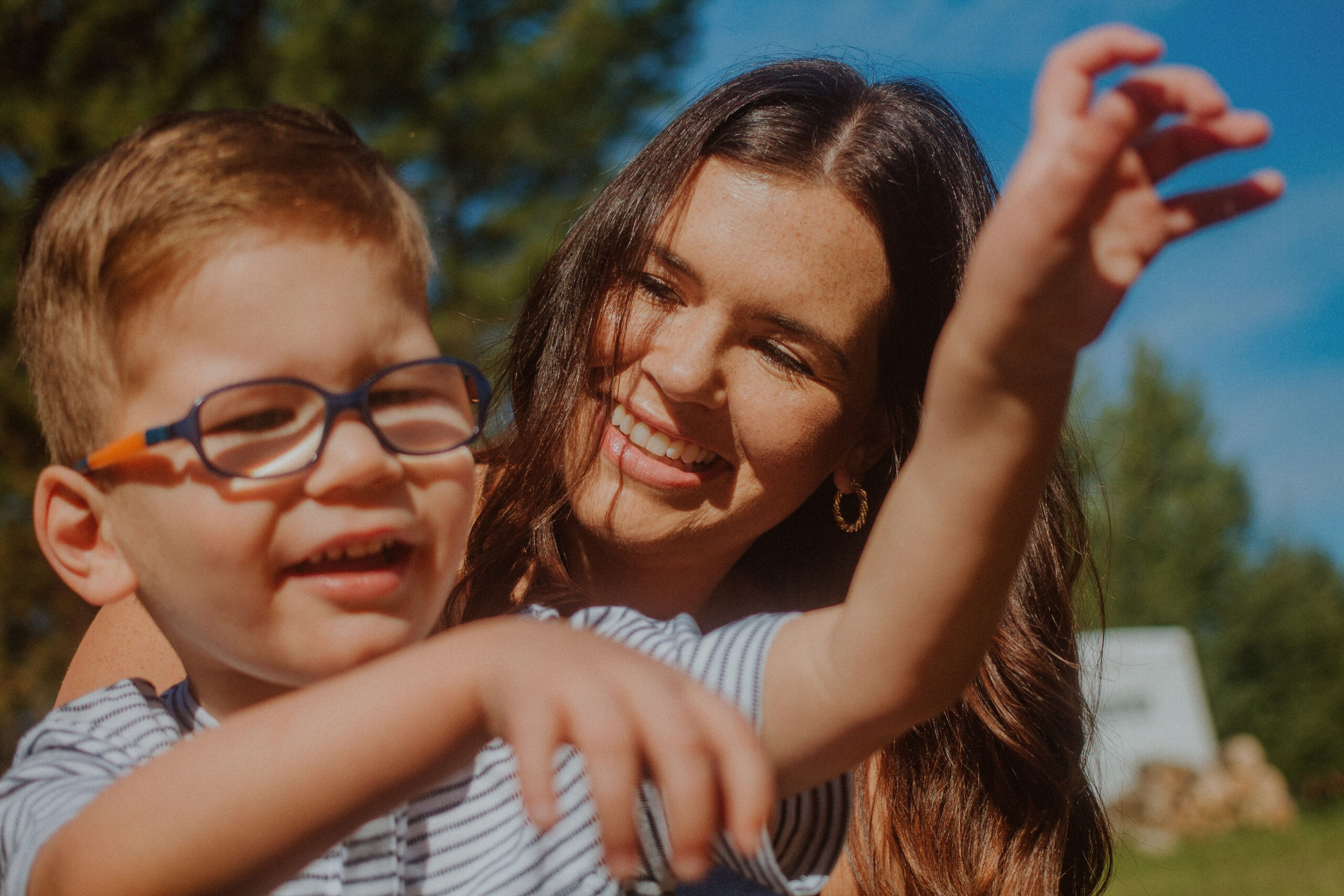 Our CVI diagnosis came just before Vincent’s 4th birthday and it has to be one of the most eye opening, confusing, ‘uh-huh’ moments to date, so much so that I was shocked we didn’t receive it sooner.  So many things would have made more sense!  But I still find it a lot to understand.  Vincent has 8/9 characteristics of CVI and 7/11 characteristics for a Level 4 diagnosis.

CVI stands for Cortical Vision Impairment, so I understand it as an impairment to the way that Vincent’s brain perceives what he sees.  He can see we know that, but he doesn’t process his visual field the same way you or I might. He likes to tilt his head side ways and upside down often like he’s putting together a kaleidoscope of images. (this is how it was explained to me anyway)

Cortical Vision Impairment – is a decreased visual response due to a neurological problem affecting the visual part of the brain. 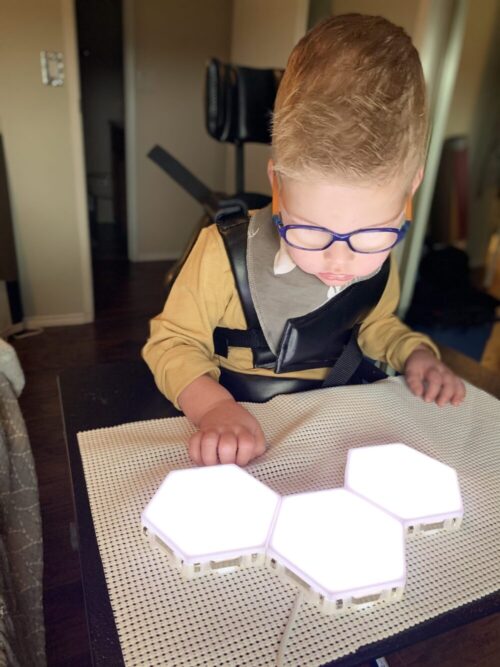 From a young age Vincent’s tracking was quite poor, he used his head to track vs his eyes. I’ve seen this improve drastically over time but still with room for improvement as he continues to develop and new neuro pathways are created.  I see his eyes working better together now after recent botox injections as well.

I never knew why Vincent was so obsessively attracted to light, it started at an early age and to this day at age 4 light up cause and effect toys are still his favorite, so much so that he’ll hold his eyes right up against the flashing lights and stare straight into it.  He’ll also stare right at the sun and bright ceiling lights, he’ll squint at the light but squeal in delight that it’s so bright!

Another key indicator of Vincent’s CVI is his hand-eye coordination, he will often look away when picking something up off his food tray and rely instead on sense of touch. He has a strong preference for auditory activities.  He occasionally gives the impression of looking past or through people.

Listening to a recent podcast from Maren Barros who also did Vincent’s vision assessment last year, she talks about babies and their initial (delayed or lack there of) reaction to light at a young age is often a very early sign of CVI – Cortical Vision Impairment.

Scale of Levels of Visual Functioning

-Mardi Gras Beads (dollar store), I use to hang these on a laundry drying rack and put Vincent in his standing frame to play with them or just put them in a plastic bin/Rubbermaid.    https://www.amazon.ca/Mardi-Necklaces-Costume-Accessory-Plastic/dp/B00LEYBK3W/ref=sr_1_17?crid=40S9IICQIHMJ&dchild=1&keywords=mardi+gras+beads&qid=1629424212&sprefix=mardi+gr%2Caps%2C308&sr=8-17

-Mirrors, foil balloons, light reflecting on floors, Vincent loves malls and rec center’s for this reason! He’s quick to notice the glare on the shiny flooring. 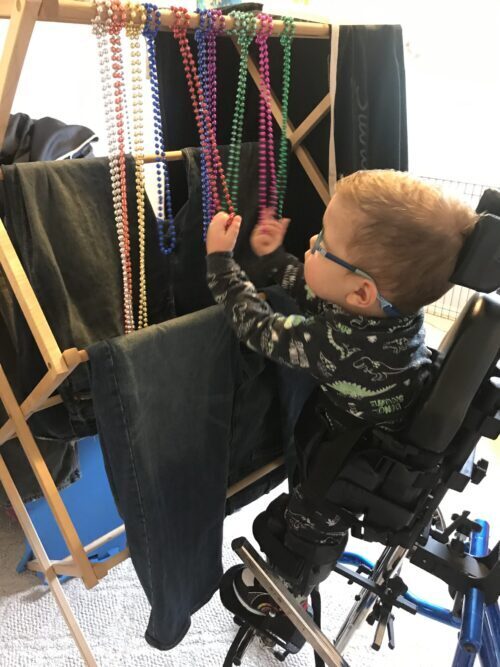 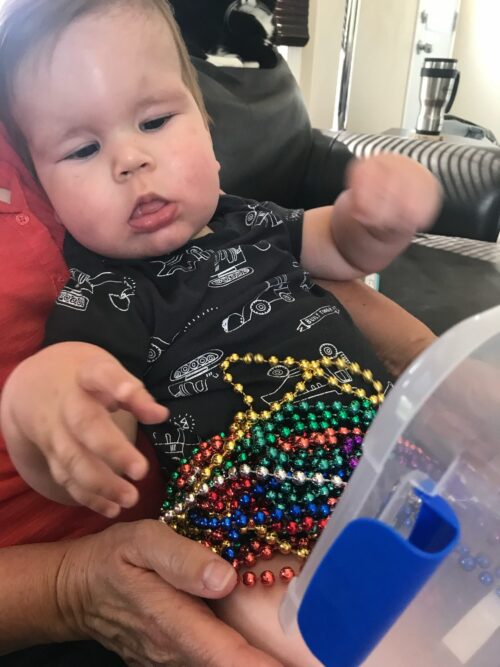 All proceeds from Mindfully Inclusive go towards Vincent’s therapies and equipment to help him live his best life!